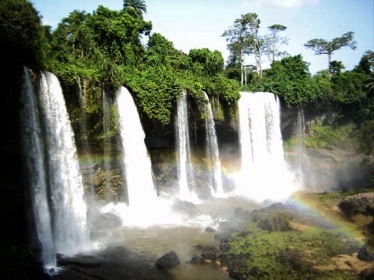 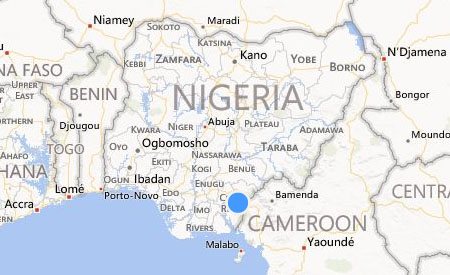 As the newest member of the Sister States of Maryland, Cross River State of Nigeria is pleased to join the Great State of Maryland in seeking mutually beneficial opportunities for Business Development, Agriculture, Health, Education, Industry, Environment, Transportation, Culture, and Tourism. Cross River State is one of Nigeria’s 36 states. Created in 1987, Cross River State is located in the southeastern corner of Nigeria and shares a common boundary with the Republic of Cameroon to the East, Benue State to the North, Ebonyi State to the North West, Abia and Anambra States to the West, and Akwa Ibom State to the South. The State derives its name from the Cross River, which traverses almost the entire length of the State and empties into the Atlantic Ocean. The State has an area of 23,072,425 square kilometers with a population of about 3.2 million people (2005 est.).

The State is situated within the rich tropical region of Nigeria. However, the Obudu/Obanliku plateau, at an altitude of 1,575.76 meters above sea level, has a climate typical of the temperate regions of the world. The capital city of Cross River State is Calabar, a coastal city with a rich cultural and historical heritage.

Government
The governor of Cross River State is Senator Liyel Imoke who is serving his second term as governor. The state is divided into 18 administrative units (Local Government Areas) set in 3 Senatorial Districts.

Languages
The business language of the state is English. However, Efik, the language of trade and commerce in the 19th and early 20th centuries in southeastern Nigeria, is very widely spoken in Cross River State. Several other languages are spoken by the people of Ekoi, Etung, Ejagham, Boki, Yala, and Becheve tribes.

Education
Governor Liyel Imoke is very committed to the education of the people of Cross River State. There are more than 230 pre-primary schools, over 648 primary schools, and about 145 post-primary schools. Among the institutions of higher learning are, the State College of Education, Cross River University of Technology better known as CRUTECH, and the University of Calabar (UNICAL), a Federal University. Under Governor Imoke’s workforce development initiative, strategic establishment of Polytechnic institutions in each of the three Senatorial Districts is firmly in progress.

Business Opportunities
Cross River State is a business friendly and innovative state that welcomes potential business partners and investors. The state’s goal is to build a healthy private sector economy with emphasis on jobs creation and manufacturing. To that extent, the state has established a One Stop Investment Center (OSIC) to:

Agriculture
Agriculture is the leading revenue contributor to the State’s economy and employs at about 70 percent of the State’s labor force. Investment in infrastructure and modern inputs such as fertilizer, seeds, tools and agro-chemicals, would greatly improve the quality and quantity of agricultural output in the state. Oil Palms, Rubber, and Cocoa, are Cross River State’s major cash crops. As the second highest producer of Cocoa in Nigeria, Cross River State’s high potential for improving productivity in cocoa farming offers an attractive investment prospect. The state is also a source of high quality oil palm, rubber, and cashews in commercial quantities. Other crops are cassava, yams, rice, plantain, banana, cocoyam, maize/corn, groundnut/peanuts, mangos, oranges, sugar canes, and pine apples.

Tourism
Cross River State is developing tourism-related infrastructure and activities to attract National and international visitors to the state. The State is very rich in culture and offers spectacular tourism sites such as Obudu Mountain Resort with breathtaking views of the hill tops rising 5200 feet above sea level, a 4-km cable car ride over the mountains, a canopy walkway through tropical forests, and a water parks; Agbokim Waterfalls; The Old Residency Museum (offers a moving display of the history of slave trade from Cross River); the Cross River National Park, home to a variety of rare and endangered animal species, including the Cross River Gorilla; and several other sites spread around the state. In late 2011, upon the request of Governor Liyel Imoke, Cross River State (CRS) indigenes in the state of Maryland and vicinity came together to form the Cross River State Committee of the MSSP under the leadership of Dr. Efem Imoke in order to lend support to the Governor’s initiative to win sister state status with the State of Maryland. Specifically the Committee was formed to assist in promoting collaboration between the State of Maryland and Cross River State of Nigeria in areas such as Business Development, Health Care, Education, Agriculture, Culture, Tourism and Information Technology. After several presentations by CRS and committee meetings with the Maryland Secretary of State, John P. McDonough, in January 2012 Cross River State was selected as one of two Nigerian states to join the Sister States of Maryland. In July 2012, the CRS Committee in association with DR. Cheryl Hill, who served as consultant to CRS on the initiative, hosted a gala to celebrate the significant milestone and to introduce the CRS and Governor Imoke to the Maryland Community. The event was hugely successful as it was well attended by the Maryland business community, Cross Riverians from across the US, Governor Imoke and several of his cabinet members. In November 2012, the Secretary of State John P. McDonough led a delegation of Marylanders on a friendship visit to Cross River State. In the 4 day visit the delegation was treated to sites and sound that far exceeded their wildest expectations. The governor of Cross River state laid the red carpet for the delegation. Starting from the Calabar airport on arrival, the delegation was received by several cultural dance groups and a calypso band. It was an amazing welcome. Not long after arrival, the delegation was invited to diner at the Governor’s residence where gifts were exchanged. The delegation met with the states Executive Council, and toured many business and cultural sites in Calabar including a visit to the Calabar Chamber of Commerce, the Ports Authority of Calabar, the Calabar Export free zone, the magnificent development at Tinapa, the Marina Resort featuring the Slave Museum, Destiny’s child – the program for rescued street kids started by Mrs Obioma Imoke, and the yoyal Palace of the Obong of Calabar – the paramount ruler of the Efik people. Despite difficult conditions, the governor arranged an amazing overnight trip to Obudu Mountain Resort, a thirty minute flight away from Calabar.

Maryland and Cross River State Sign a Memorandum of Understanding. August 20th, 2013 at a historic ceremony in Annapolis Maryland, Governor Martin O’Malley of the State of Maryland and Governor Liyel Imoke of Cross River State signed an MOU that sealed a friendship pact that will promote business, agriculture, education, industry, tourism, and culture between the two states. Speaking at the ceremony, Governor O’Malley noted that the sister state relationship between Maryland and Cross River provides a unique opportunity for Maryland and its citizens. He further noted that Maryland is home to 23 thousand Nigerians, one of the fastest growing immigrant communities in the state. On his part, Governor Imoke noted that the pact would provide an opportunity for the two states to strengthen partnerships and relationships, share experiences, and take advantage of opportunities in key sectors with the hope of significantly impacting on the people of Cross River State and its economy. He also hoped that it would lead to stronger partnerships in the development of the social sector and developing areas in which Cross River has a competitive advantage within the context of the Nigerian economy. The signing ceremony, which was hosted by Governor O’malley’s office at the Miller Senate Building, was well attended by various partners, delegates, CRS Committee members, State staff, friends and well wishers. In the tradition of Cross River State, the governors and the audience were joyfully entertained by cultural dancers. During the run up to the MOU signing, Governor Imoke and his delegation met with several potential partners including the University of Maryland College Park, Maryland Office of Tourism, Department of Health and Mental Hygiene, Department of Business and Economic Development, and Johns Hopkins University Hospital Officials. It is worth noting that at the signing ceremony, Cross River State also signed a partnership MOU with the University of Maryland, College Park.