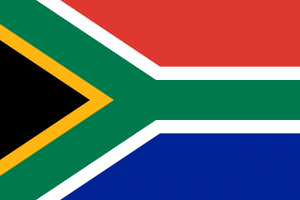 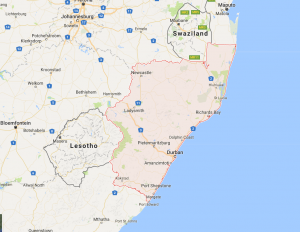 Situated on the eastern seaboard of South Africa, KwaZulu-Natal has direct access to both the Indian and Pacific Ocean rims. The region’s strategic geographical position on world trade routes provides effortless access to major global markets, such as South America, Europe and Far East.

KwaZulu-Natal is an enticing, sophisticated and spectacular destination. As one of South Africa’s nine Provinces, it is the country’s second largest economy. The ambitious future growth of the Province lies primarily in its positioning as the Gateway to Africa. Nowhere else on the continent is the combination of sea, land and air logistics being more developed, and optimised, as it is in KwaZulu-Natal.

The Province boasts two of the largest seaports in Sub-Saharan Africa: Durban Container Terminal, which has recently been widened and deepened; and Richards Bay Harbour, the country’s busiest deep water and break bulk port, and home to the privately operated Richards Bay Coal Terminal. Both ports are backed by a world-class rail and road infrastructure, giving KwaZulu-Natal a key competitive advantage. The N2 is an important corridor connecting Durban and Richards Bay, and the N3 links Durban with a double lane artery to the bustling capital of Gauteng. When it comes to fast, agile access to global markets, King Shaka International Airport is Southern Africa’s premier air logistics platform. Situated at the Dube TradePort, this area truly prioritizes integrated air services.

KwaZulu-Natal is a major role player in manufacturing as well as the transport and logistics sectors in South Africa and is a premier domestic and international tourist destination. KwaZulu-Natal enjoys the strategic and competitive advantage of being a global gateway for trade into Southern Africa and to the world. Its strategic location and highly developed industrial sector ensure a competitive edge for both local and foreign investors and unique advantages for local exports.

Investment in KwaZulu-Natal continues to emerge as a major contributor to South Africa’s growing economy and its favourable business environment has made the province a sound investment destination for investors from around the world.

Economic activities in KwaZulu-Natal are primarily centred in the Durban Metropolitan Area and in Pietermaritzburg, with significant concentrations in the City of Umhlathuze (Richards Bay and Empangeni), Ladysmith/Emnambithi and the Newcastle/Madadeni Region.

REASONS TO INVEST IN KWAZULU-NATAL

Key Components of the MOU

Premier Mchunu reported on the Delegation Visit to Maryland and the signing of the Memorandum of Understanding to the Cabinet of the Province of KwaZulu-Natal. The report was adopted on January 29, 2015. It included the following conclusive assessment and proposed way forward.

The KwaZulu-Natal Maryland cooperation arrangement presents a unique opportunity for both parties to benefit primarily from investment and trade exchanges. Moreover, with Maryland’s strengths in research and development practiced at the best institutions known as the John Hopkins University and the University of Maryland, this partnership amplifies collaborative exchanges to  bolster growth between both regions.

Opportunities in biotechnology was also highlighted as a potential key growth area that KwaZulu-Natal should consider. Port collaboration and maritimeexchanges offer training and job opportunities for port users. In summary, the cooperation arrangement is specifically aimed at strengthening economic, trade and investment, scientific, cultural and human relations Between the tworegions. 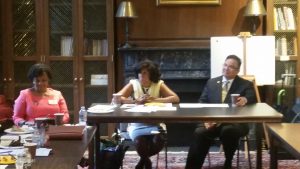 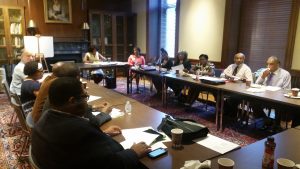