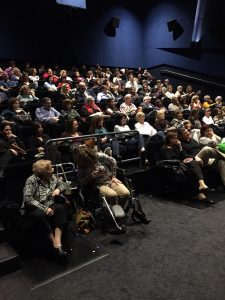 Members of the Maryland – Negev, Israel Sister State Committee helped organize an advance screening of “The Zookeeper’s Wife” at the Arclight Cinema in Bethesda for a packed house of 142 guests. A special thanks to Bonnie Glick, Committee Chair, for her support and Debbie Shemony, Education Subcommittee Chair, for arranging the screening. Representatives from the embassies of Israel, Poland, Italy, Austria, the U.S. State Department and the U.S. Holocaust Museum were also in attendance. Mr. Thomas Yazdgerdi, the U.S. State Department’s Special Envoy for Holocaust Issues, made opening remarks.

This was a wonderful and deeply meaningful way to showcase the importance of the Maryland-Israel Sister State efforts, to educate the community about issues that are critical to Jewish History and to the establishment of the State of Israel. 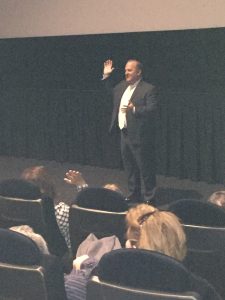 The movie will be released to the general public on March 31. The movie tells the beautiful and moving true story of a couple who are considered Righteous Among the Nations for their efforts to save Jews in Warsaw during WWII.